I’ve gradually been experimenting further with portraiture using a Sinar F2 large format camera. This is a very slow form of photography and can take an hour or more to make two images (well until I’m more confident using the camera). The speed of using large format is part of the appeal! There’s a lot to think about and a lot that can go wrong. But when it goes right, it looks really good.

I had the help of my test subjects Simin (in the throes of PhD madness), Tim (a colleague from work), and Simon and Cilla (my landlord and his partner). 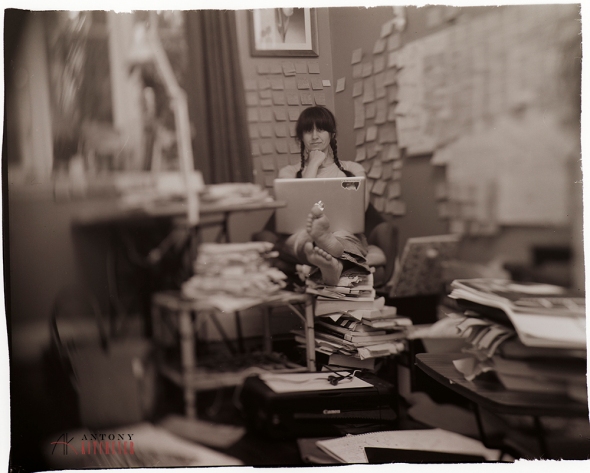 Simin in the throes of a manic PhD episode…….. 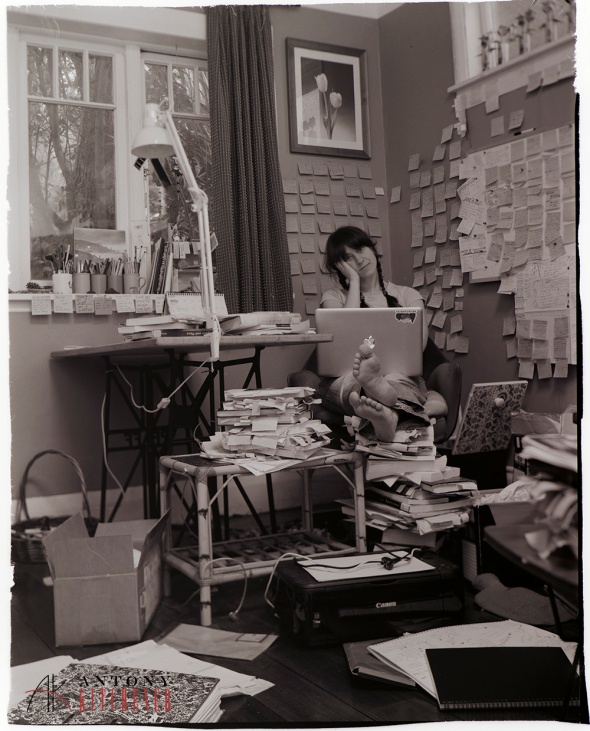 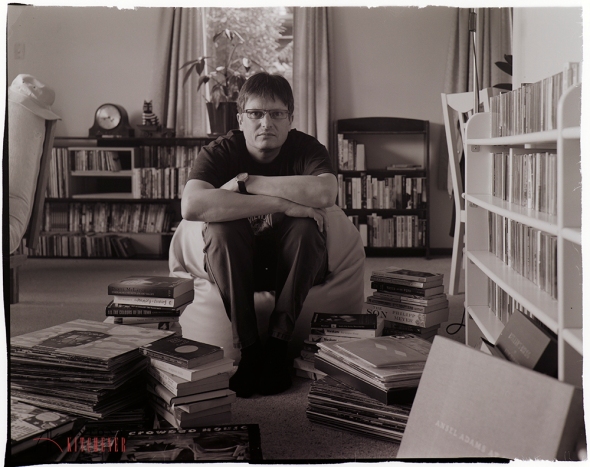 Tim: a fastidious collector of books and vinyl. 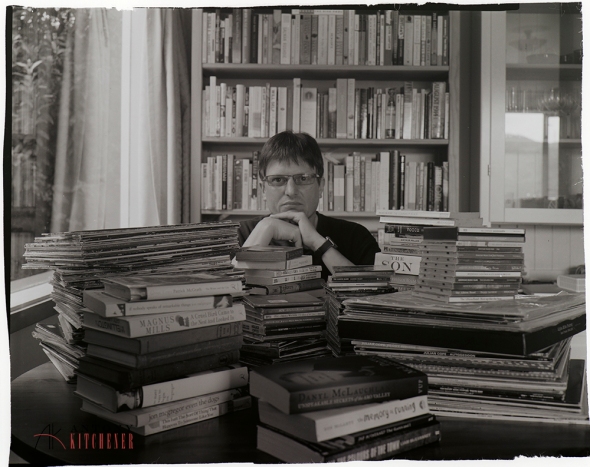 The Bad and the Ugly

I usually aim to take two portraits of each person using a single film holder (to make the film go further in terms of the variety of images I can create with one box of film). One of the steps when using large format is to prime the mechanical shutter on the lens before taking the shot. I was distracted chatting with Simon and Cilla and could not remember if I’d primed the shutter at the time of making their portrait. It turned out I had……and I therefore did this step twice, creating a double exposure……… 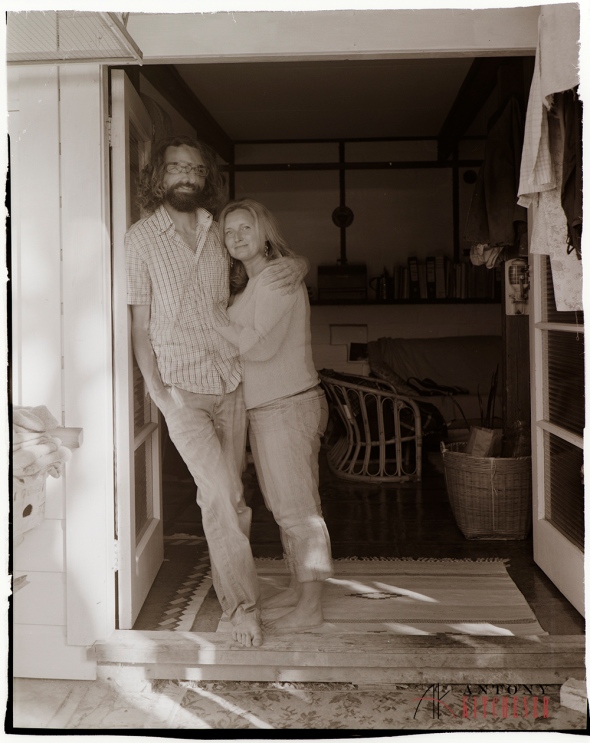 For the second shot, I had problems with the darkslide sticking after making the exposure and it could not be closed fully. Two weeks later I discovered that the sheet of film and fallen inside the camera! I learned the hard way that the darkslide has to be removed from the film holder in a slow and steady manner otherwise the darkslide can pull the film out of the rails which keep it in place inside the film holder.

This entry was posted on May 2, 2015 by Antony Kitchener. It was filed under Personal Works and was tagged with 4x5, B&W, Black and White, Film, large format, New Zealand, Photography, Portraits, Portraiture, Sinar F2, Wellington.